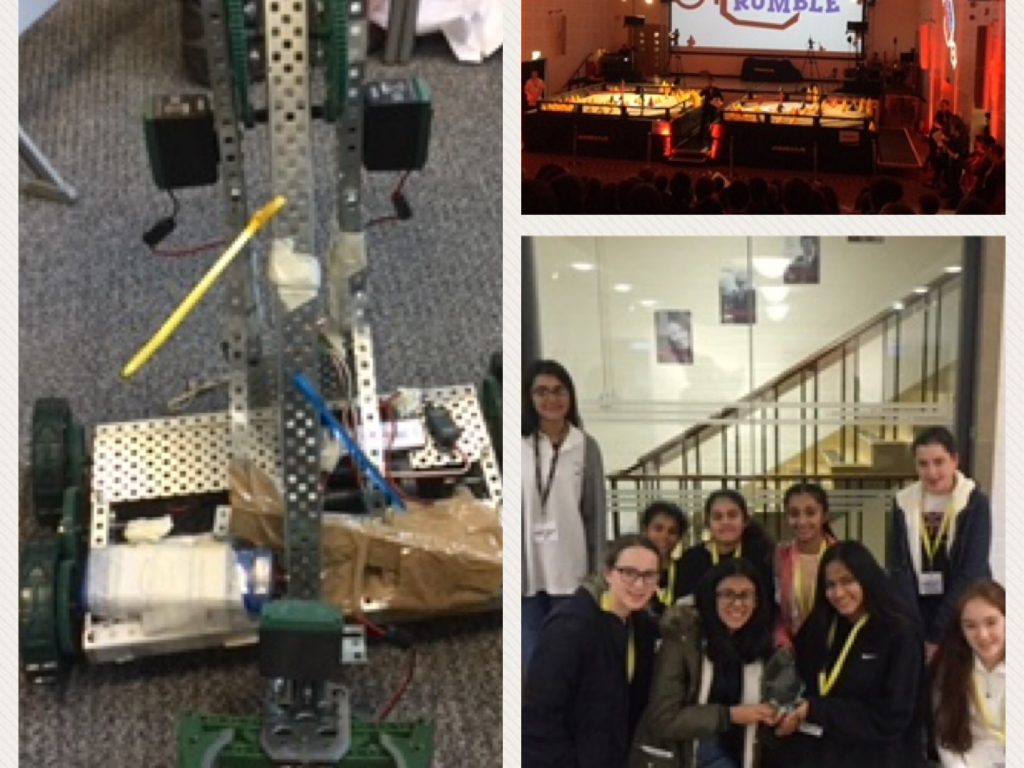 Success at the Robot Rumble

Over the Autumn term eight girls from L5 have been working with mentors from MBDA to build and code a robot from scratch to take part in the MBDA Robot Rumble Finals at the University of Hertfordshire on Saturday 20 January.

Split over two pitches, teams of robots had to pick up and move a variety of cones over and around barriers to score points.  Sixteen teams battled it out over a number of challenges for the chance to compete in the final round.

Our team suffered a couple of setbacks – including a broken robot claw but worked together throughout to ensure that they could compete in each round.  Miss Percy was impressed with the team’s resilience and good humour despite a variety of last minute emergency robot fixes being required. The judges from MBDA were especially impressed with the Formula One style pit stop to fix the robot arm where all eight girls were working on the robot at once.  This won them the trophy for best teamwork in the competition.  Overall it was an intense but very enjoyable experience and we look forward to fielding another team next year.