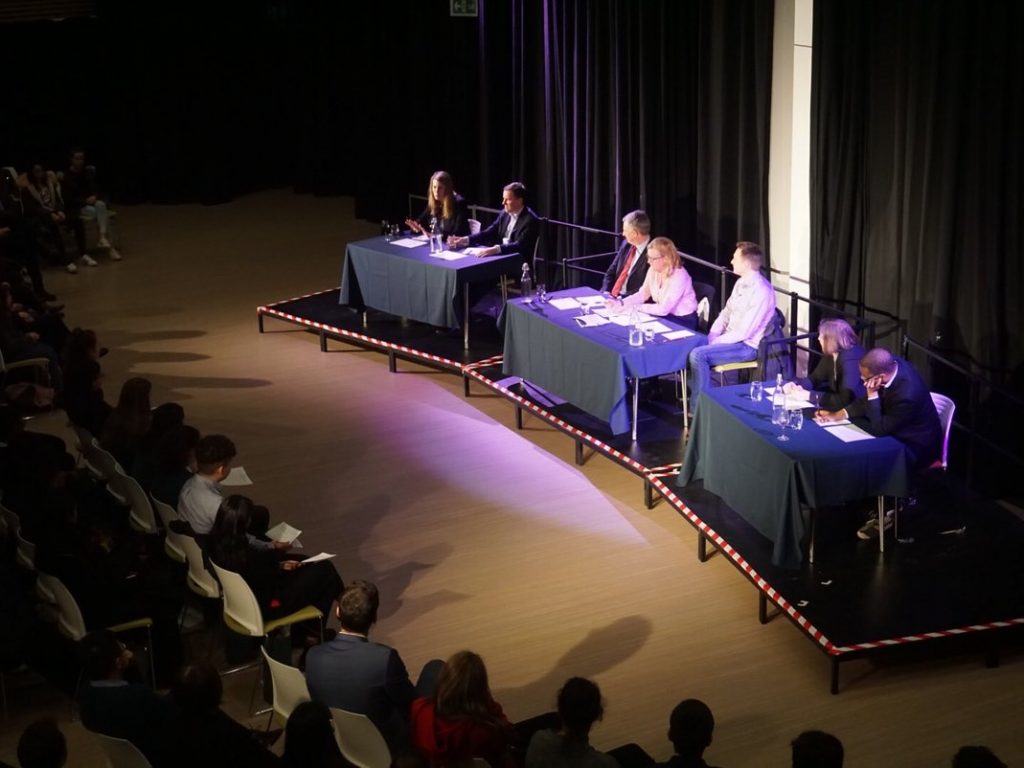 Last night saw the Performance Space play host to the 3rd Habs Girls ‘Any Questions?’. An exciting and experienced panel answered questions on a range of topics asked and written by students.

The panel included Major General Tim Bevis, Director of Operations and Planning Division of NATO’s International Military Staff; Joe Twyman, Head of Political and Social Research for Europe, Middle East and Africa at YouGov and a founding director of the company in 2000; Professor Helen Thompson, Professor of Political Economy at Cambridge University and Deputy Head of the School of the Humanities and Social Sciences and a regular panellist on the Talking Politics podcast; Katy Balls, Political Correspondent at The Spectator magazine and columnist for the i newspaper; Stephen Bush, Special Correspondent at New Statesman magazine, co-host of the New Statesman podcast and also a writer for The Guardian, Financial Times and the Independent newspapers; Andrew Opie, Director of Food and Sustainability, British Retail Consortium. The evening was Chaired superbly by the presenter of BBC Radio 4’s Farming Today and BBC 1’s Countryfile Charlotte Smith, who encouraged a great level of audience participation whilst making sure that the panellists’ contributions were direct and concise.

We were delighted to welcome pupils from Habs Boys, Watford Grammar School for Girls and Hertswood Academy to the evening’s debate. Questions included topics such as the future of post-18 education, the importance of the DUP in the current political climate and Brexit. The final question drew a series of amusing answers with the questioner asking what films might the panel use to equate to Brexit given David Davies’ analogy with Mad Max earlier in the week.

Many thanks to the over 200 members of the audience, our panel and host and to the teachers who had a hand in organising this outstanding evening of political comment and debate.