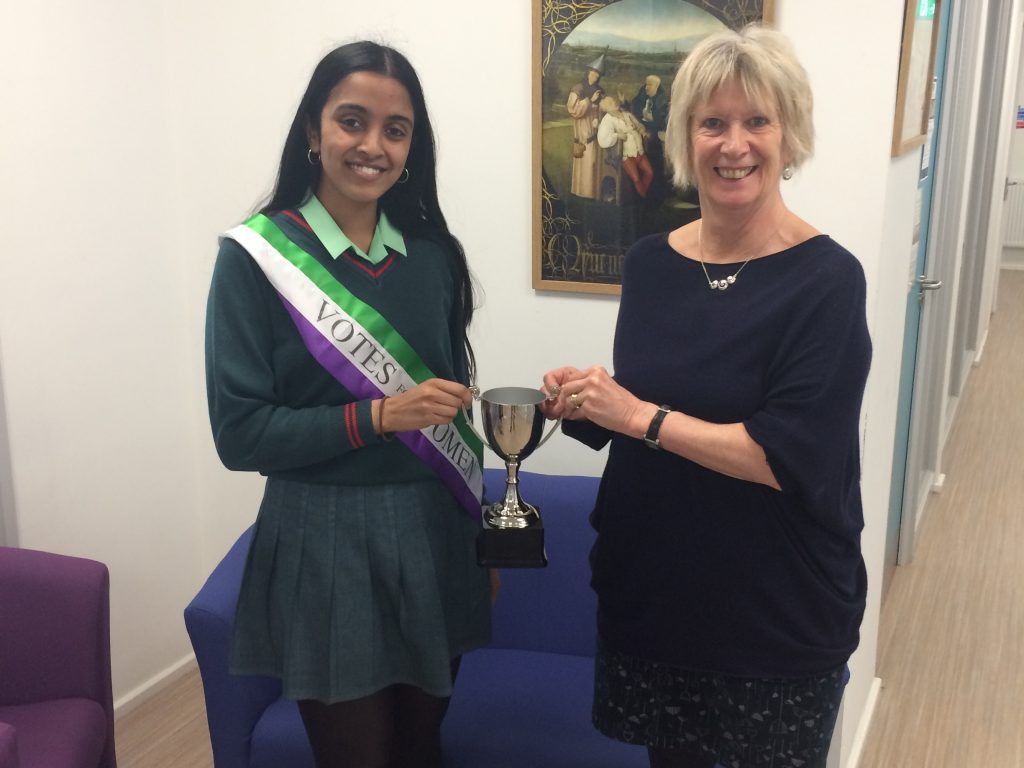 Congratulations to Mira, the first winner of the Anna Komnene Cup, Mira wrote an outstanding essay on Jayaben Desai and the Grunwick Film Processing Laboratory Strike of 1976.

The Anna Komnene Cup is named after the famous Byzantine historian and daughter of the Basileos Alexios Komnenos and will be awarded annually to a student producing the best essay on an aspect of women’s history. The competition was launched by Mrs de Groot in recognition of this year’s 100th anniversary of women’s suffrage.

Well done to the following students who were Highly Commended: Maya Brockie for her comparison of the contribution to the women’s movement made by Fawcett and Pankhurst; Hannah Scollen for her work on Barbara Castle’s contribution to British life.