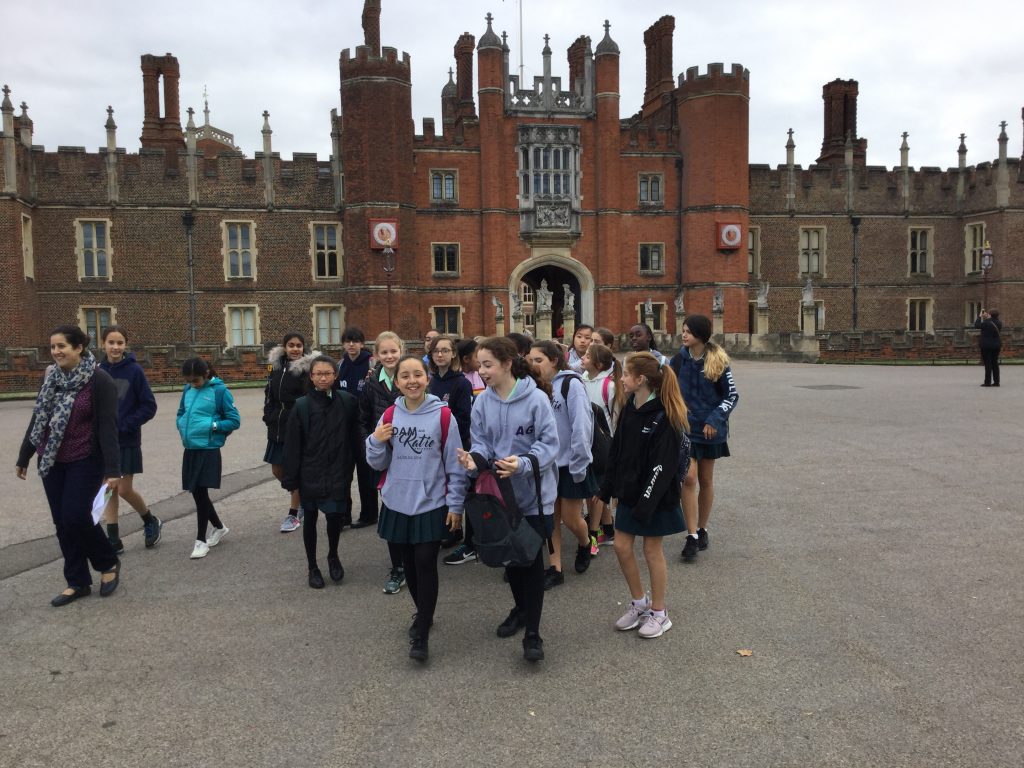 On Monday 8 October, the Upper 4 set off for Hampton Court Palace in Richmond-upon-Thames, Surrey. On arrival, we split into groups to take a tour of the palace.

On the tour we saw Henry VIII’s kitchens, which had many different rooms including a whole (very big) room used for storing wine, and we visited a shop where, naturally, everyone bought sweets! We also visited the royal apartments, which included the enormous Great Hall, the Great Watching Chamber and even the Council Chamber. We also saw the ‘Haunted Gallery’, which is rumoured to host the ghost of Katherine Howard.

Afterwards, there were two different activities. Half the year had a talk with a member of the palace staff, and the other half did an archaeological investigation. The talk was given by a lady dressed as a rich court lady of the time, who told us about the religious changes caused by Henry VIII’s break with Rome and the different religions of his successors. She showed us a painting that really helped us analyse Henry’s perspective on Rome and the Pope – it was the only painting in the palace that was definitely commissioned by him.

Everybody else did an archaeological activity, which involved looking at extremely old artefacts and assessing their age and purpose. One such artefact was a cracked piece of ceramic which we decided must have been used for the front of the palace. This decision was made based on the fact that it had been glossed over and made to look attractive.

To finish, we explored the twisting, turning, confusing maze and then went to buy souvenirs from the gift shop. After that, we boarded the coaches, tired but happy, and finished off our amazing trip!