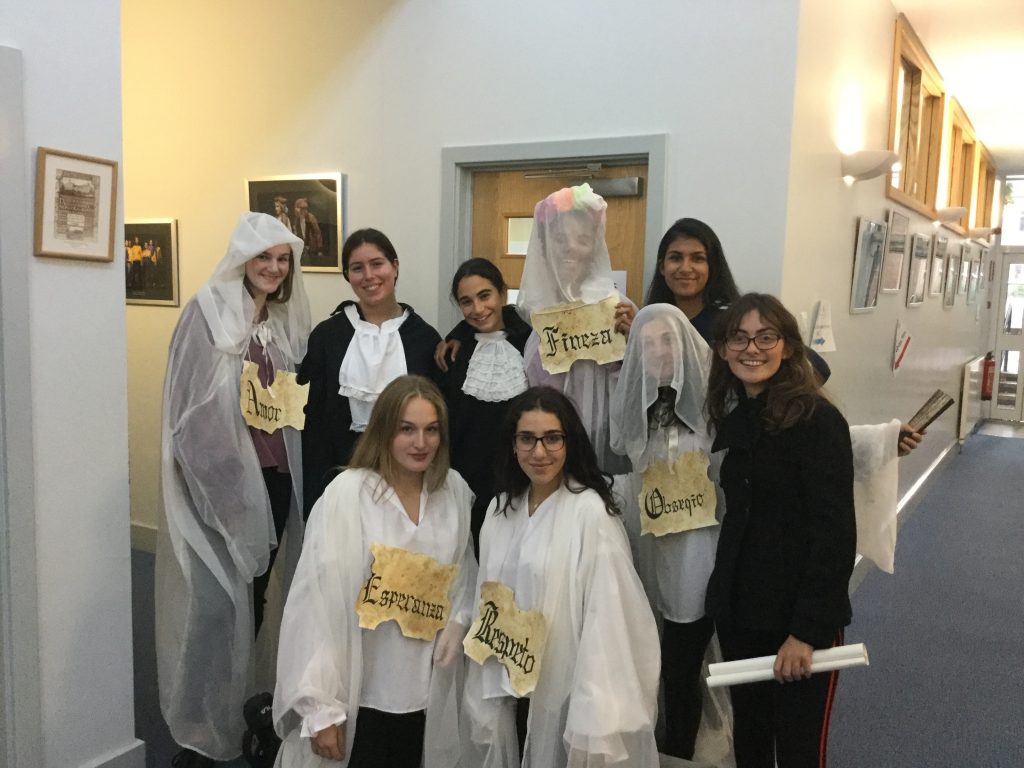 After rehearsing for a number of weeks a group of eight girls from Lower 6, all studying Spanish A level, made their way to North London Collegiate School on 9 October to compete with other schools in a Spanish Language Theatre Competition. They performed a ten-minute ‘Sainete primero de palacio’ from ‘Los Empeños de una casa’ by Sor Juana Inés de la Cruz, the famous Mexican poet, written in homage to the vice regal couple, and to celebrate the entry into Mexico City of the new Archbishop in 1687. Ahead of the competition, they were lucky to get an insight into the play form Professor Catherine Boyle from the Spanish, Portuguese and Latin American Studies Department at King’s College London.

The sainete was first performed in the 17th century and performing it can be compared to performing Shakespeare in Spanish! So, as I am sure you can tell, it was an extremely difficult piece of literature to stage. However, it was executed amazingly by the actresses due to all their hard work and practice. The entities of courtly gallantry – Love, Respect, Deference, Courtesy and Hope – enter into a contest to find out who best deserves women’s disdain, the action takes place in the Mayor’s palace, and as the excerpt progresses, we see different virtues of courtly love personified entering the palace, only to be thrown out by the mayor.

The atmosphere at the competition was fun and bubbly, and everyone had a great time, especially during the Spanish music sing-along that took place while the judges were deliberating. The prizes were unbelievable, with people winning trips to Spanish language schools and even discounted plane tickets. The whole evening was extremely enjoyable and I would highly recommend any Spanish students to take part in future competitions. 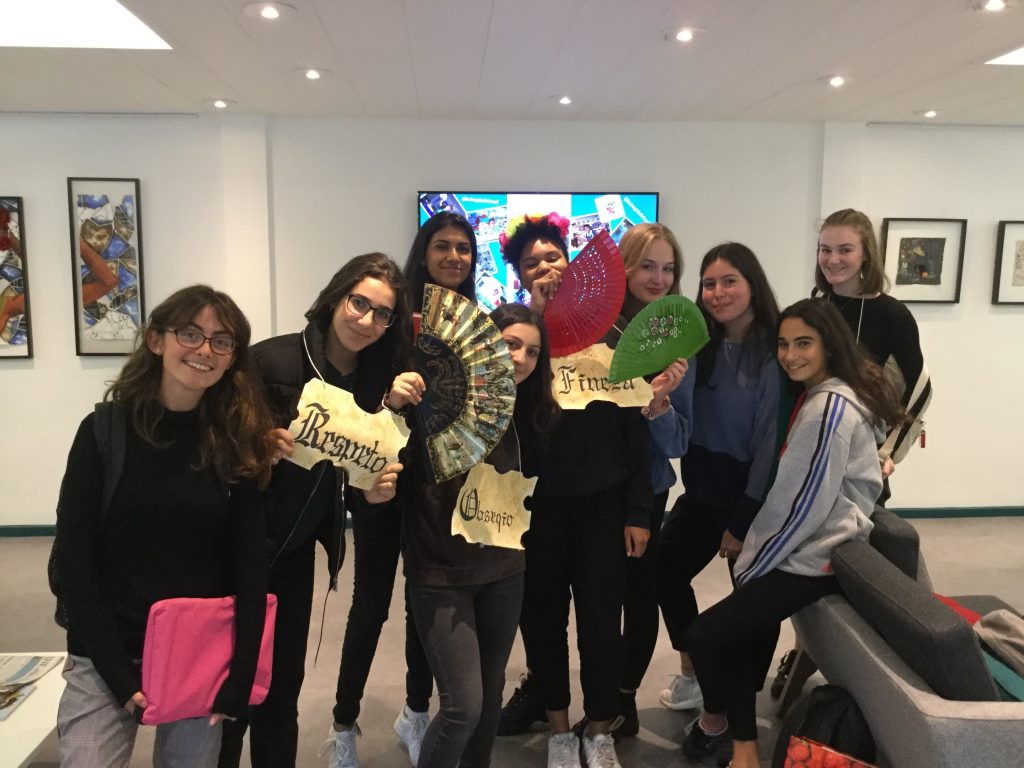