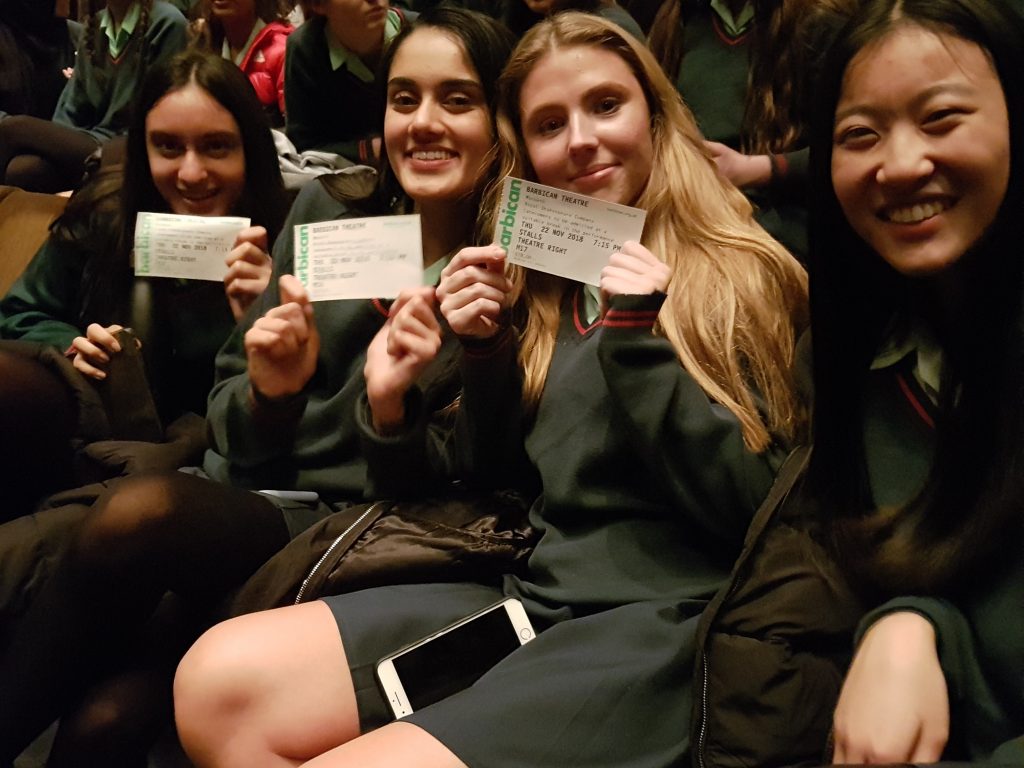 U5 go to see Macbeth

As a conclusion to studying Macbeth for our GCSE English literature course, U5 visited the Barbican to watch the Royal Shakespeare Company’s performance of Macbeth. This modern adaptation proved to be both gripping and entertaining.

The production opened with a dramatic dialogue from the three witches, played by young girls who added mystery and suspense to the play through their synchronised movement, simultaneous delivery of lines and matching costumes.

Similarly, the bright red stop-clock which began when Macbeth murdered King Duncan, acted as a focal point of the play, with many members of the audience unaware of what would happen when the clock reached 0. We later discovered that the clock tracked Macbeth’s downfall and his eventual death at battle.

Macbeth was presented as a fearless and stubborn warrior, although he acted in a much more flippant manner to how we perceived him when studying the text. Likewise, Lady Macbeth seemed less dominant and manipulative which contrasted with the strong nature of her lines.

Another interesting aspect of the performance was the increased importance of the Porter in the play. Even though he only has one soliloquy, he remained onstage for the whole duration of the production and could be seen tallying the deaths provoked by Macbeth, on the walls.

This trip really enhanced our understanding of the play allowing us to develop a deeper perception of the tone of the lines spoken by certain characters, and the impact this has on an audience. To summarise, Macbeth will no longer cause our Macdeath!