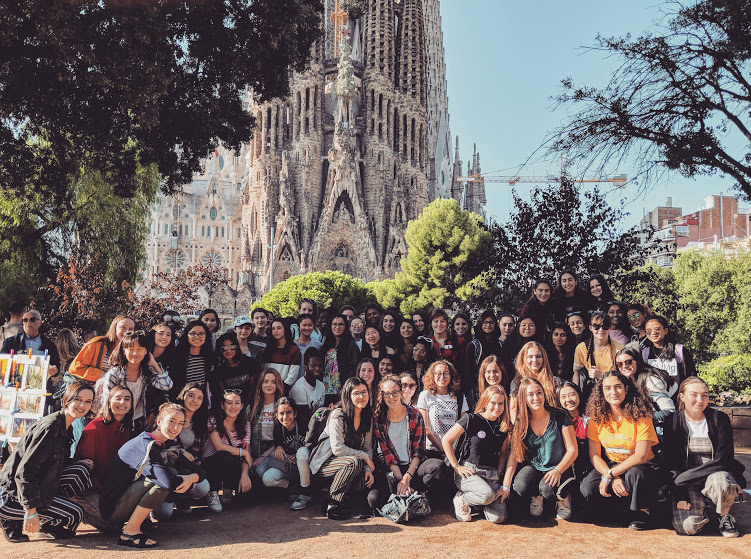 In the first week of the October half term, 62 girls and 9 members of staff visited Barcelona on the Music Tour. For the first time, the pupils and staff flew out to Barcelona with logistical support from two members of staff in a van carrying all the instruments and equipment. Staying in a resort an hour outside Barcelona, the Music Tourists had a fantastic time in the late Autumn Spanish sun, performing four concerts and visiting some of the most remarkable sites in the region.

The ensembles made up from the pupils performed an al fresco concert of light music at the village square in Begur before going on to visit the ancient city of Girona. Two short concerts to a very receptive audience in a school outside Barcelona preceded the first visit into Barcelona itself, to Park Guell, the first of many encounters with the life and work of Gaudi. A Ceilidh in the evening gave all a chance to demonstrate their line dancing skills.

Two very well-attended and successful classical concerts in Barcelona at the church of Saint Gaieta and at Barcelona Cathedral rounded off the performance part of the tour, coupled with visits to the stunning Sagrada Familia and the bizarrely designed Casa Mila. There was also plenty of time for shopping, churros and ice cream in Las Ramblas.

The tour was a great success all round and plans will start to be made in Spring 2019 for the next Music Tour, due in October 2020.