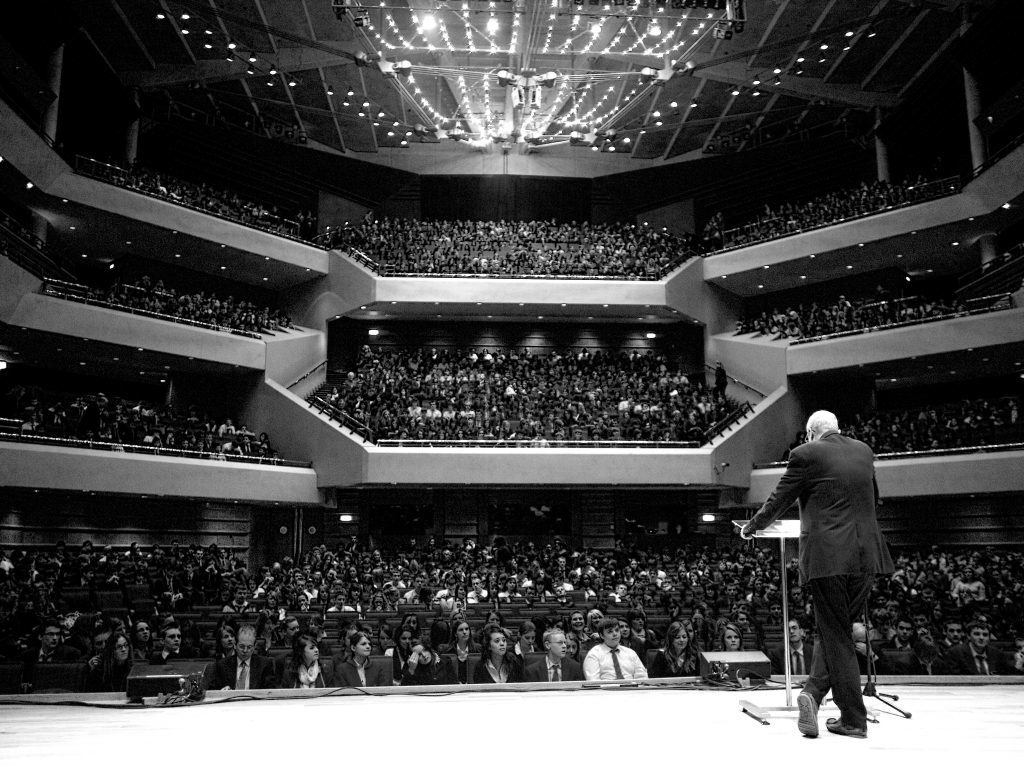 U6 Biology students enjoyed a fascinating day out at the Science Live conference in London. World-renowned scientists including Professor Sarah-Jayne Blakemore, Professor Robert Winston, Dr Adam Rutherford, Dr Jenny Rohn and Dr Ben Goldacre highlighted the latest biological and medical research advances in areas from antibiotic resistance to DNA sequencing for genealogy to the neuroscience of the teenage brain.

Professor Sarah-Jane Blakemore started the conference with a thought-provoking review of the latest highlights regarding what distinguishes the teenage brain from adult and child brains, particularly in terms of social cognition and decision making; for a teenager the fear of being rejected by their peers will often outweigh potential health threats or the prospect of getting into trouble. Sixth form students from all over London were encouraged to think about research data, for example in studies showing teenage preference for social interactions rather than academic tasks.

Dr Adam Rutherford explained how DNA sequencing has been used to determine the genealogy of English Royal families. The use of mitochondrial DNA and Y chromosome DNA highlights how in the not too distant past, all human family trees converged, meaning we are all likely related in some way to notable historic figures such as Charlemagne of France or Genghis Khan of Mongolia.

Professor Robert Winston examined the latest efforts in embryo manipulation and gene editing in reducing the effects of genetic disease, whilst Dr Jenny Rohn reviewed the current crisis in antibiotic resistance and efforts being made to generate a whole new class of antibiotics.

We finished with a riveting talk examining the misuse of data by media organisations, companies and scientists. Dr Goldacre gave a whistle-stop tour of the poor use of graphs in newspapers, weak extrapolation of data and the difference between causation and correlation, for example to ‘prove’ a tenuous link between the number of films Nicholas Cage has appeared in and the number of people drowning in swimming pools. Students left energised and on the look-out for lies, damned lies and statistics.