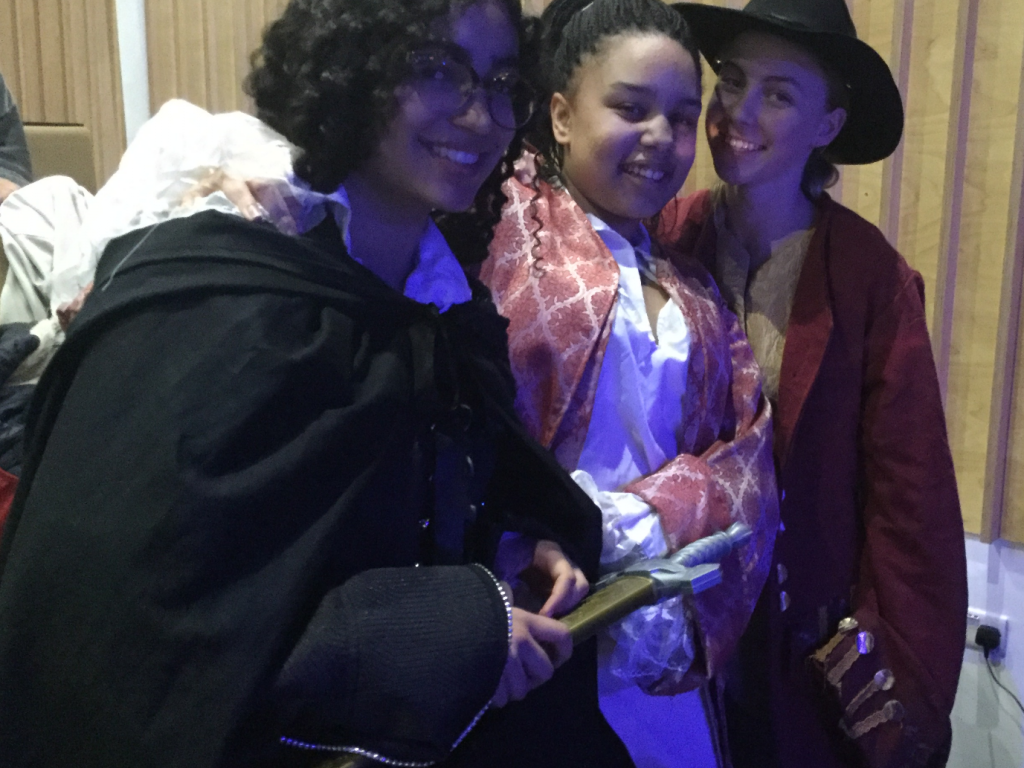 Yesterday three brave and talented Middle 5 students made their debut in the French Drama Festival held at King Alfred’s School, performing the opening scene of Cyrano de Bergerac. They acted with great ‘panache’ and held their own in the festival in which nine other schools participated.  Video footage of the performance can be viewed below.