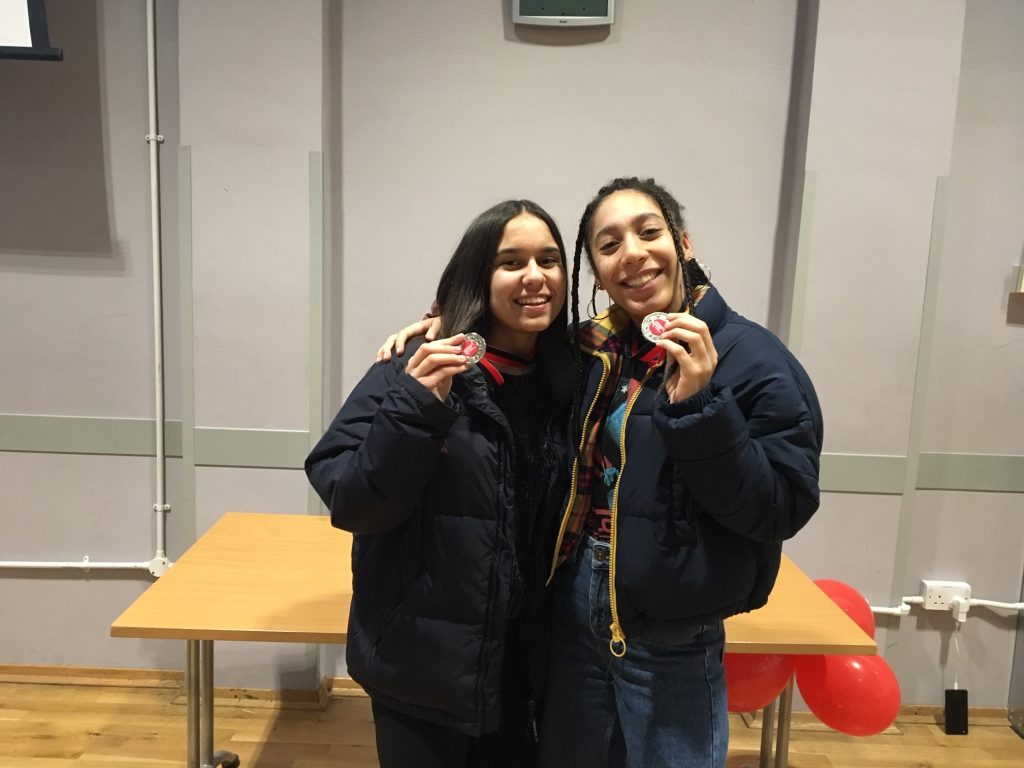 Debating is a brilliant opportunity for young people to think on their feet, improve their public speaking and engage in topical discussions. A group of our Lower 6 students took advantage of  an opportunity to do just this on Saturday 23 March by participating in the London Schools’ DebateMate competition.  Kalila and Elisa tell us more about the day.

Over the course of the day we discussed four motions in pairs, ranging from banning non-essential cosmetic surgery to making English the primary language across the globe. The debates were at times heated, but there was an overarching feeling of collaboration and support from our peers. Since we were in our first year of debating we found it slightly nerve-wracking but after the first debate we adjusted to the structure of the day.

One debate we found particularly stimulating was whether feminists should condemn modern hip-hop culture. Some were conflicted as they had to argue in favour of the motion despite being both feminists and consumers of hip hop.

By the end of the day, all six of us were weary but also felt a strong sense of accomplishment. The two of us were selected to go through to the final where we discussed the motion: “This house would never negotiate with terrorists” in front of a small audience. It was by far the toughest motion of the day, but we threw ourselves into it and gave it our all. After a few minutes of deliberation from the judges we discovered that we managed to place second.

A special thank you must go to Miss Efstathiou, our history teacher by day and debating coach by night, for her unconditional support and never-ending biscuit supply! It was a rewarding experience and we would recommend it to any and all years. You gain invaluable communication skills and a balanced outlook on societal issues which will always come in handy in later life.