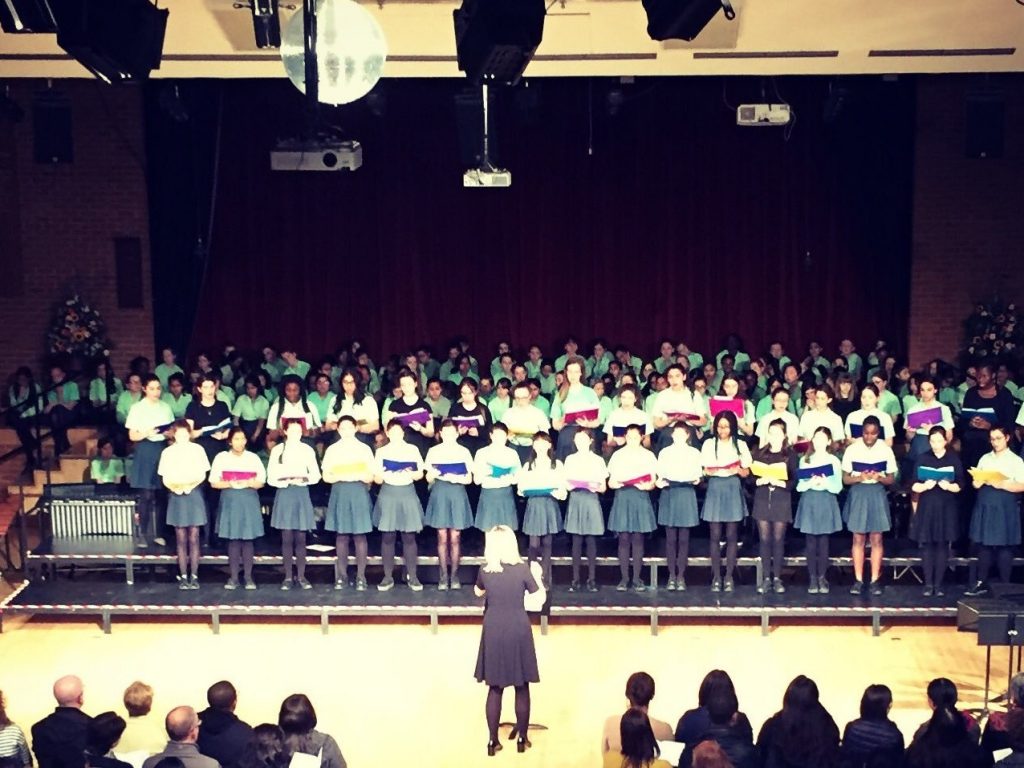 At the end of term the Music Department wowed us with two varied and contrasting concerts. The first featured some of our senior ensembles including Symphony Orchestra, Chamber Orchestra and St Catherine Singers. Special congratulations go to Upper 6 student Catrina for her stunning virtuoso performance of the first movement of Grieg’s Piano Concerto. St Catherine Singers performed two of Ola Gjeilo’s beautifully haunting compositions – Northern Lights and Tundra. The second half featured our mass choirs in a performance of Karl Jenkins’ Adiemus: Songs of Sanctuary.

Concert 2 opened with a shock as the Lower 4 Samba group drummed their way into the Prevett Hall! The evening closed with the combined forces of the entire Lower 4 performing three songs from the smash hit film The Greatest Showman. For many it will have been their first taste of taking part in a concert and is likely to be an experience that will define their year group’s time at Habs.

Many thanks to all who took part and especially to the Music Department for all their hard work to prepare the students for the concerts.

You can listen to both concerts here: