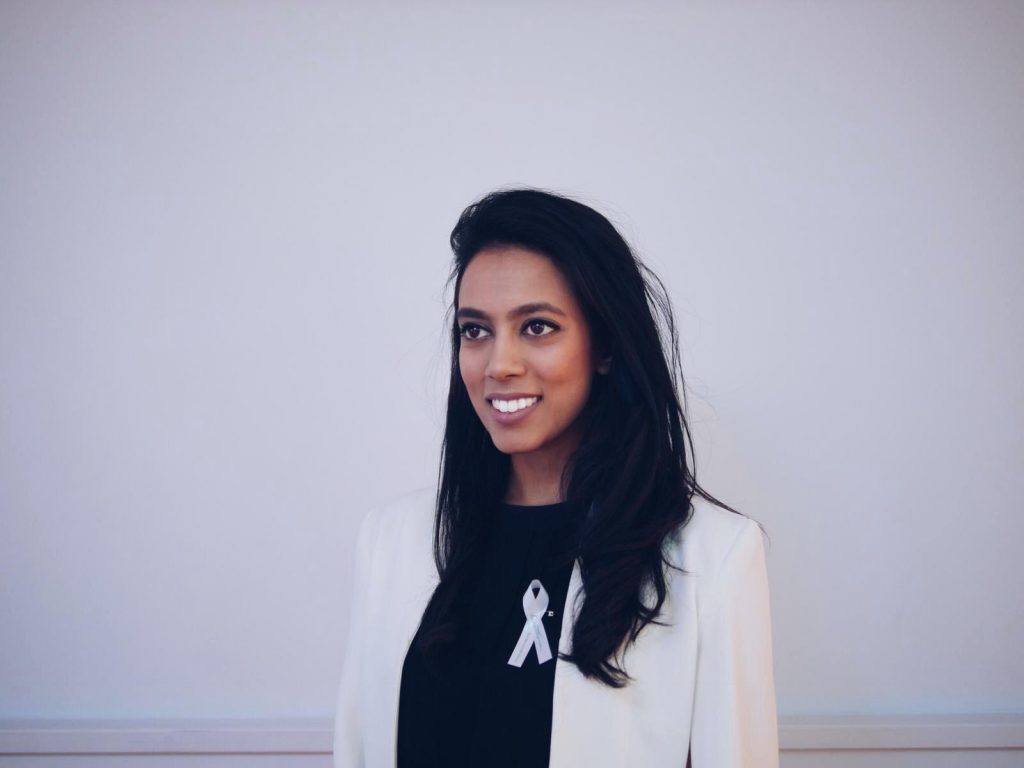 We were delighted to hear that former student Chanelle Pereira (class of 2010), has won the TechWomen100 Award at the WeAreTechWomen Awards Ceremony held at London’s County Hall.

The national competition highlights the accolades of up-and-coming inspirational female tech talent from across the UK and Northern Ireland, aiming to create a new generation of female role models for the industry. Out of over 500 nominees from a range of technology disciplines, the winners were chosen by an esteemed panel of judges. The organisers said, “The calibre of entries for these awards was exceptional and all of the judges stated how difficult it was to arrive at the shortlist due to the amazing achievements of our nominees.”

After leaving Habs Girls, Chanelle studied Modern Languages at King’s College London, graduating in 2014 with a First Class Honours and two Distinctions. During the course of her degree, she won the Student Opportunity Award, received an Academic Commendation, and was a Finalist in the National Student Challenge. She also completed a Year Abroad and received an Academic Honours from the Universitat Pompeu Fabra in Barcelona. Alongside her degree, Chanelle also successfully completed the Associateship of King’s College; a three-year course in Theology, Philosophy, Religion and Ethics.

Eager for a new challenge after graduating, Chanelle secured a position in the Global Markets IT division at Credit Suisse. After over four years at the firm, she remains the youngest and only female member of her team.  During this time, she has on-boarded three applications, reduced overdue incidents by 80% globally, and managed a credit default swap sale of over 60,000 trades to an external vendor.

Chanelle is also committed to helping others; she has hosted work experience students, conducted mock interviews with undergraduates in conjunction with the East London Business Alliance, and returned to Habs Girls to present at the Higher Education Symposium.  She also volunteers on the Credit Suisse Language Committee, and serves as General Secretary of Help A Poor Child, a charity providing education to disadvantaged children.