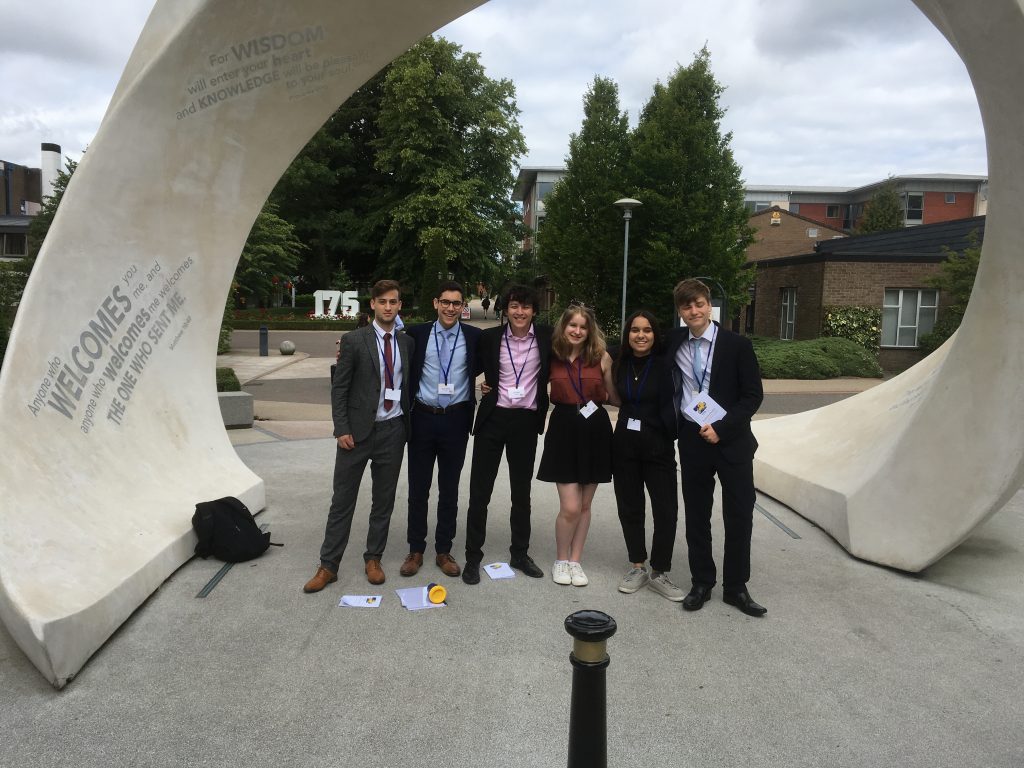 A joint team of Lower Sixth students from Haberdashers’ Aske’s School for Girls and the Haberdashers’ Aske’s Boys’ School qualified in March from the South East and London Regional Forum of the European Youth Parliament UK. Between Thursday 27 June and Sunday 30 June they took part in the Summer National Forum of EYPUK at Liverpool Hope University. The Habs students worked alongside finalists from 12 other UK schools and colleges and a team from the Netherlands. Many new friendships were formed during the session and we would like to thank EYPUK and Liverpool Hope University for hosting the students and their teachers, Mr Clark and Mrs Wilding.

After four very busy days of team-building activities, committee work and debating resolutions in the General Assembly on topics such as combating loneliness among elderly people, supporting media pluralism and managing the threat of fast fashion on workers’ rights, the team were named session winners. They have been invited to represent the United Kingdom at the 91st International Session of the European Youth Parliament which will take place in Hamburg, Germany in September.

The head of the EYP jury team, Can Elvanlioglu, who came from Turkey for the session alongside judges from Spain, Belgium and Norway said that they were particularly impressed by all the delegates’ willingness to contribute to each others’ opinions and their engagement with the session and the values of EYP.

The eight members of the team were Jasper, Sam, Alex, Edward, Igor, Kalila, Eli and Lily. They were congratulated on their success which was based not just on their eloquence, their teamwork and their knowledge of European politics, but also their determination, empathy and resilience. They will be outstanding ambassadors for their schools and the UK.