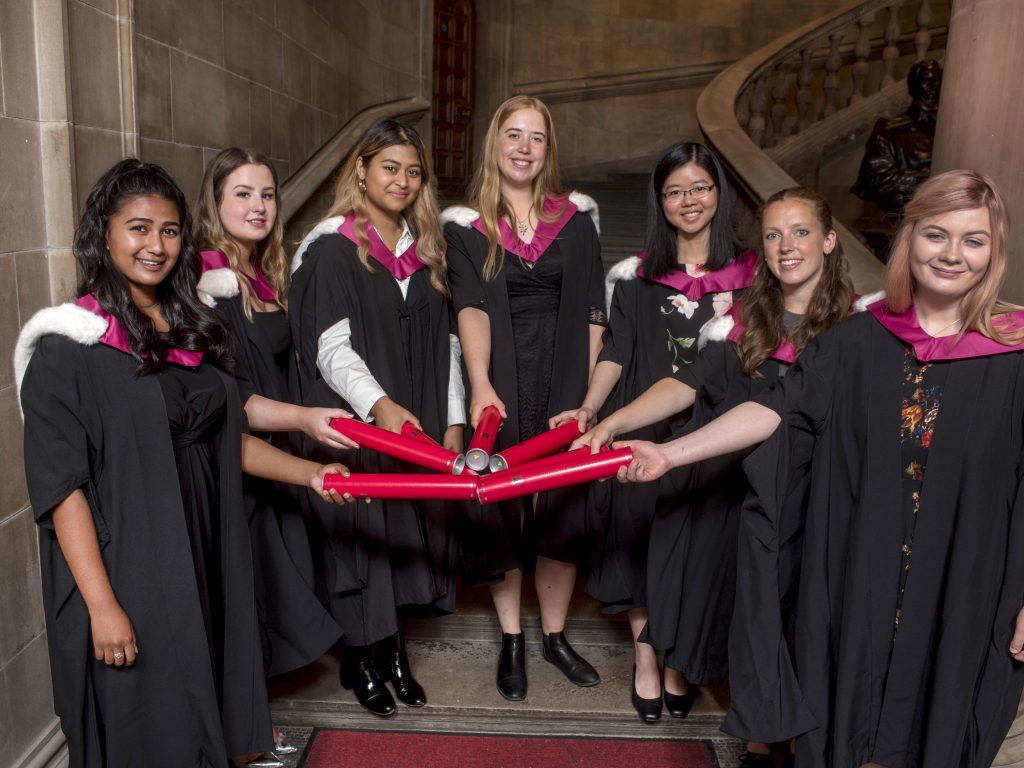 Former student Ella Crowther (Class of 2018) (centre in photograph) was involved in a very special Graduation Ceremony at Edinburgh University this weekend commemorating ‘The Edinburgh Seven’ who have received posthumous honorary degrees in Medicine. Ella writes:

These seven women were the first female students to matriculate at any British university when they started studying medicine at Edinburgh in 1869. Their names were Sophie Jex-Blake, Isabel Thorne, Edith Pechey, Matilda Chaplin, Helen Evans, Mary Anderson Marshall and Emily Bovell. The decision to allow them to enrol was quite controversial, resulting in, amongst other things, a riot when they sat their exams, and eventually a legal battle that prevented them from graduating simply because they were women. As it’s been 150 years and the university wanted to correct this historical wrong, they were awarded posthumous degrees at the Medical School Graduation Ceremony this morning.

Firstly, I think it’s a real pity that they are not well known because they paved the way for all women who have ever attended or will attend university. Regardless of the subjects they are studying, all women owe them a great deal and this is particularly poignant having attended such a highly achieving all-girls school. Secondly, I was lucky enough to be involved in the ceremony and had the honour of collecting a degree on behalf of Edith Pechey! She was a stellar woman – she came top of the year in a Chemistry exam (causing a great deal of upset amongst male students), took her final exams in German when she couldn’t graduate in Edinburgh and then worked for many years in India where male doctors were not allowed to treat female patients. As if this wasn’t enough she was also involved in the women’s suffrage movement where she represented Leeds.