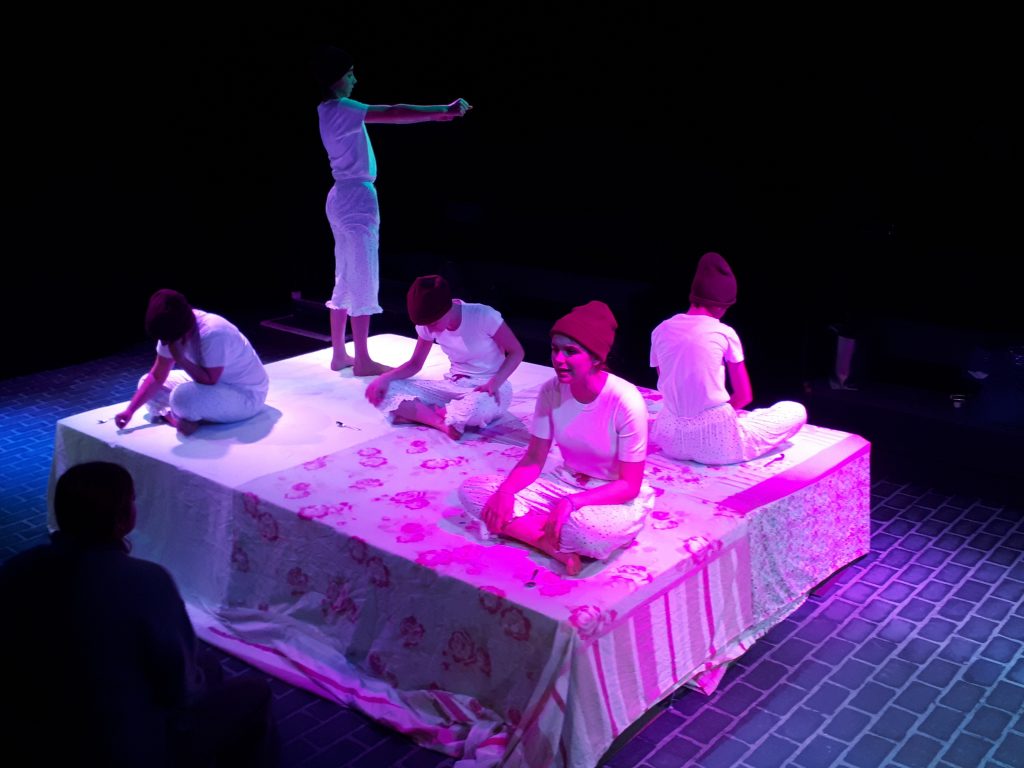 Spoonface at The Chicken Shed

A packed audience enjoyed a moving, uplifting and, above all, hugely entertaining production of Lee Hall’s Spoonface Steinberg, performed at Chicken Shed Theatre on Sunday 7 October. This play was originally written for radio as a monologue delivered by a young Autistic child who is also coping with cancer and this version was staged with the character of Spoonface being split equally among 5 actors, all dressed identically. The event was a co-production with Little Edie Productions working with Eliana Franks and Naina Shah, who are both working towards their Gold Arts Award. Students from Years 9, 10 and 11 were performing and two GCSE-year students were technicians, ably supported by our Drama technician, Mr Janes. The group got the theatre space at 2.30 and worked all afternoon, allowing the actors and technicians time to get used to the space, set, sound and lighting and have a dress rehearsal. The final show was superb and received a well-deserved roar of applause at the end. We hope to have raised over £1,000 to be donated to the National Autism Society – a hugely impressive total.