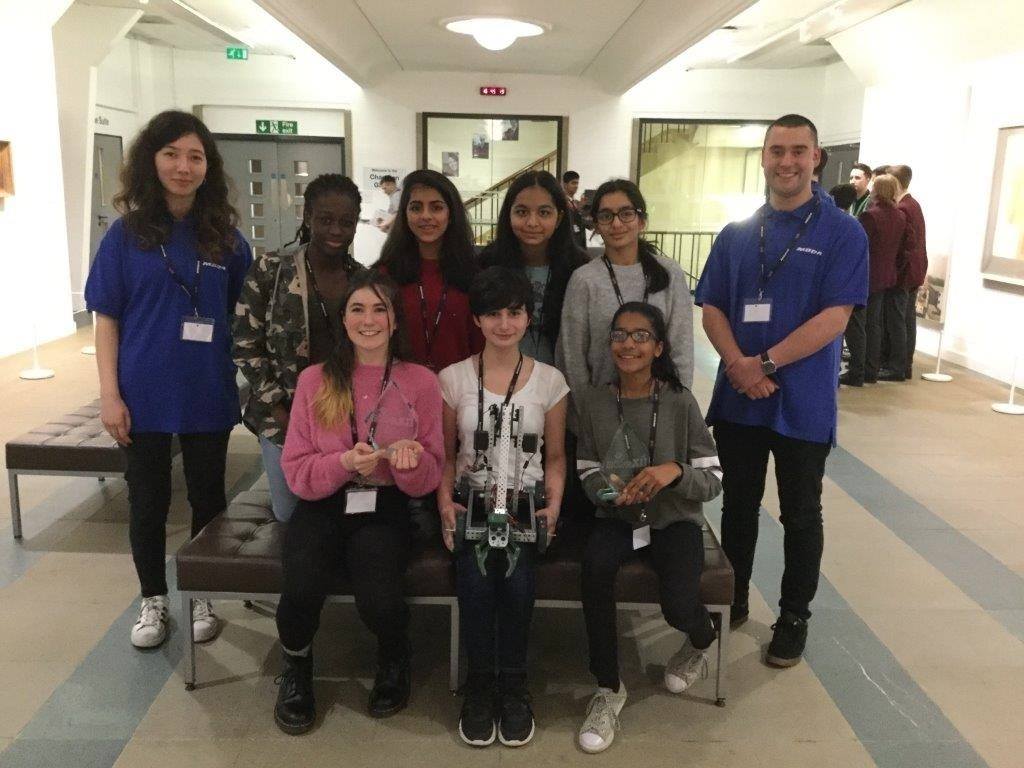 On Saturday 19 January seven L5 students took part in the MBDA Robot Rumble finals at the University of Hertfordshire.  The team spent all of Autumn term building and coding their robot so were eager to test it in the competition arena.  After several fiercely competitive rounds they made it to the final match.  Unfortunately their lighter robot was pushed off the top spot by a heavily armoured counterpart.  It was a very exciting competition. The team impressed the judges and won the engineering skills award as well as being runners up in the robot ‘battles’.