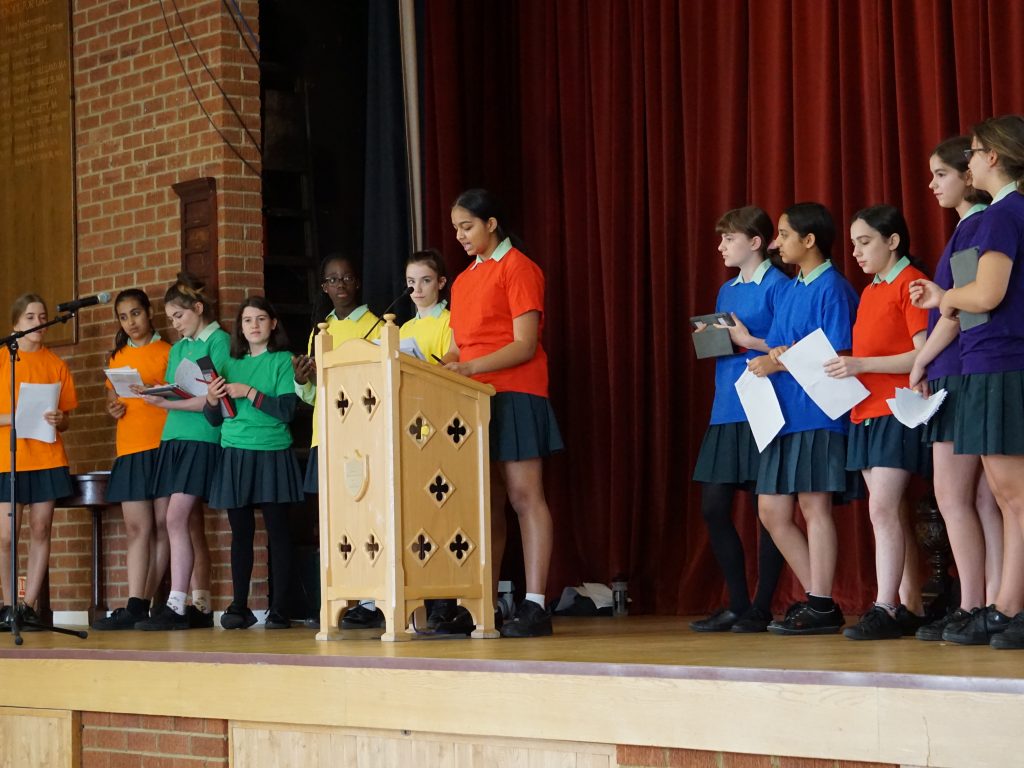 Over the past few weeks, the students have been busy participating in a variety of debates within their Houses. They have engaged with thought provoking motions dealing with all sorts of political and social issues such as whether or not they believe that reality television promotes dangerous stereotypes. Needless to say, Love Island featured heavily in this particular debate!

After many heated discussions and countless Points of Interest (POIs), the Heads of Houses faced the unenviable task of deciding on the two best debaters from their House. They were helped in this decision-making process by the Middle 5 and Lower 6, who were on hand to offer advice and support to the students involved. This proved to be an extremely difficult decision given the high standard of debating. But ultimately twelve finalists were selected, two from each House.

The Inter-House Debating Final took place on Tuesday 18 June in front of the whole school. The students, proudly displaying their House colours, had been asked to prepare arguments for the motion ‘This House Believes that the government should never negotiate with Terrorists’. Both the government and opposition sides argued persuasively, building powerful cases for each of their positions. A variety of points and examples were mentioned  such as the Good Friday agreement in Northern Ireland as well as the idea of freedom fighters versus terrorists which was explored vigorously. It was thrilling to watch the speakers deal with POIs so confidently and the debaters managed to keep cool and calm in the face of so many. The whole process was chaired admirably by Hannah and Kiana, who had to occasionally politely remind the debaters to keep to time when they became determined to finish their points. This further helped to highlight the passion of the speakers to win the argument!

All of the judges remarked on the high quality of the competition and what a difficult job they faced, having to decide on the overall House winners. The standard of debating was outstanding and exciting to watch. We all look forward to finding out the result at a future date.