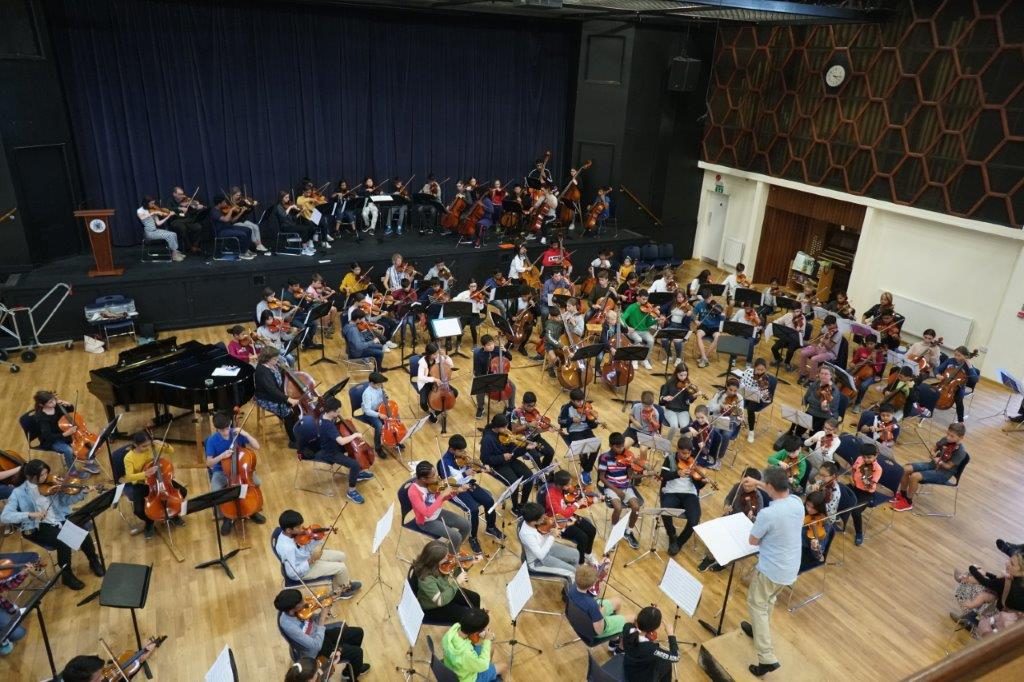 As part of an increasing level of collaboration between the Music departments of the Boys’ and Girls’ schools, our inaugural joint string weekend was held on 7-8 September 2019. Led by the string teachers who teach on the site at Elstree, over one hundred students joined together in a weekend of music-making. Hosted by the Boys’ School Music department, each group was named after a particular planet or feature of our solar system and explored a great variety of string music under the expert guidance of the string coaches. In an informal concert at the end of the weekend, the students performed in their groups with music from simple canons to the complexities of Warlock’s Capriol Suite. All stages of string playing were represented, with the students showcasing their string-playing talents in their groups before coming together as a very large ensemble to perform the well-known Waltz from the Second Jazz Suite by Shostakovich. The concert in the Bourne Hall was very well-received by the families who attended and it was very clear that not only had the students developed their string playing over the weekend, but had gained so much from the experience of working together.

We are all grateful to the string staff for leading the event so successfully and hope that this is the first of many such string-centred events to be held in the future.