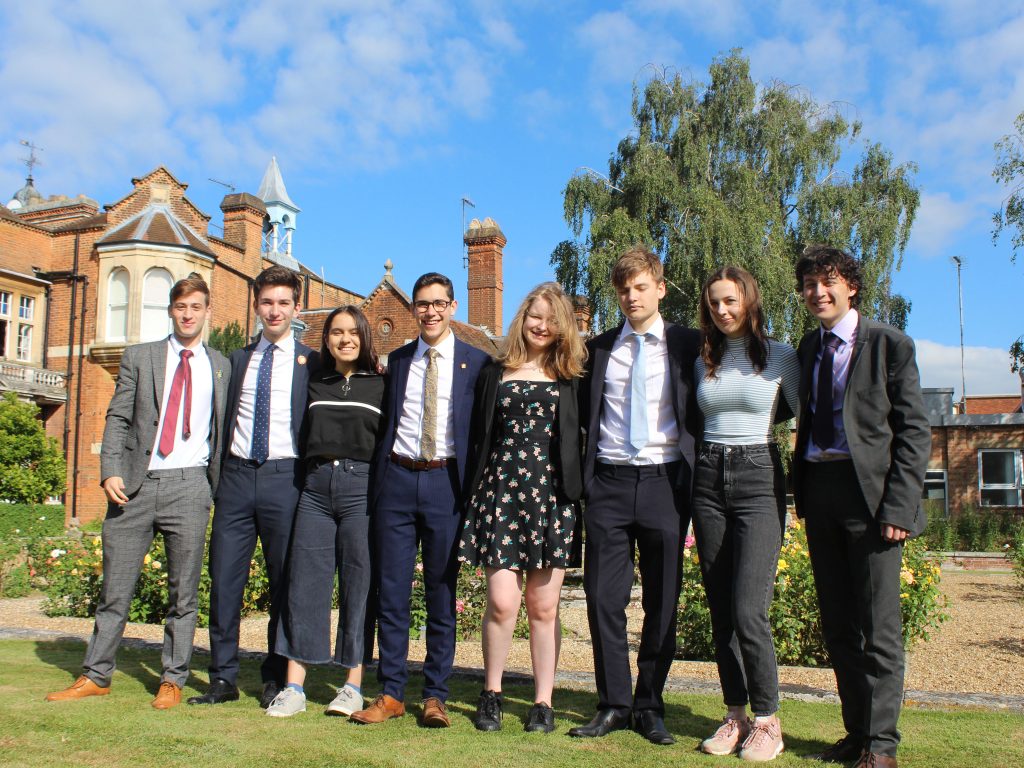 Habs Girls and Boys represent the UK at Hamburg

Saturday saw the opportunity for the United Kingdom delegation to introduce themselves to more 300 other delegates from Council of Europe countries spread from Ireland to Azerbaijan who have arrived for the conference. In the playground of a school in the Hasselbrook district of Hamburg, delegations from each country were asked to present a traditional song from their homeland. Swiftly deciding that Rule Britannia or even Jerusalem would not be appropriate for their location, the UK group sang Football’s Coming Home (one of two UK Number one hit singles co-written by an Old Haberdasher) to a slightly bemused audience.

The UK delegation’s contribution to Saturday evening’s Eurovillage was much more warmly received. The group spread their table with food from the four countries of the United Kingdom including scones with jam and cream, cream crackers with Cheddar, Vulscombe and Stilton cheese, Eccles cakes, Northern Irish soda bread, Welsh cakes and Scottish shortbread. A delegate (country unknown) was overheard telling his friend that he thought the English goats’ cheese was the tastiest food on offer in the whole room from the cuisine of over 40 countries. Go Goats!

On Sunday, the delegates were busy in their committees and received talks on the session theme of Remember, Reflect, React. These included the memories of individuals who had been present in Berlin 30 years ago when the Berlin Wall came down, as well as reflections from a panel of academics from leading European universities on German constitutions and the current state of German and pan-European politics. Meanwhile, the teachers had a tour of Hamburg and Lubeck, learning more about the legacy of the Hanseatic League on the region.

Throughout the weekend, lots of new contacts were made and new friendships were formed. We are very grateful to the city of Hamburg and the superb volunteer organisers from EYP Germany for their remarkable hospitality.

The official opening ceremony for the 91st session of the European Youth Parliament took place on Monday morning in the St. Katharinen Main Church where five different speakers talked for two hours about European co-operation and the need for civic engagement from young people in the era of populism. One speaker, mercifully, also told jokes.

We are enjoying learning more about other countries and cultures. We look forward to our students continuing to make a positive contribution to the conference through their role in committee work and the forthcoming debates in the General Assembly. Most importantly, we look forward to going home with lots of wonderful memories and new friends from across the continent of Europe.