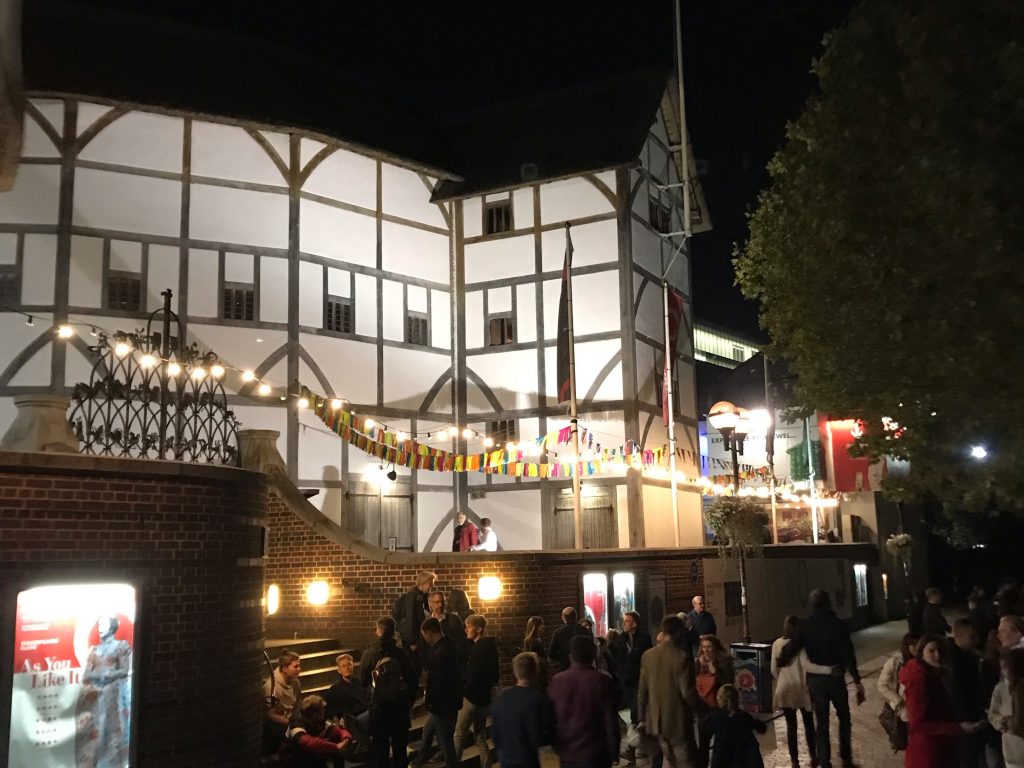 On Thursday 19 September, our GCSE and A Level drama students ventured into London to watch A Midsummer Night’s Dream at Shakespeare’s Globe Theatre.  Here two of them recount their experience.

‪Sean Holmes’ production began with the Hackney Colliery Band bursting out onto the stage – getting the audience ready for what was to come, and setting us up for a great show. It was an extravaganza of colour, outrageous humour and Shakespearean delights. ‪We were soon singing and clapping along, as it was an explosive, colourful, loud and uplifting performance. The psychedelic colour scheme had a strong impact on us; the vibrant yellows, pinks, blues and greens creating a carnival-like atmosphere. We were in stitches from laughing so hard and the applause was constant as the actors never failed to impress us with their wide range of skills, from recorder playing to dancing in 4 inch heels. Throughout the show there was a high level of audience interaction – they even got one of our GCSE students up on stage dancing with them!

This version of A Midsummer Night’s Dream was not what we were expecting from a Shakespeare play… alongside all the piñatas, streamers and glitter there was so much to watch with the dynamic acting. The music, composed by James Fortune, accentuated the show’s energy and complemented the choreography, vocals, costume and all of the above! Being in the Globe really added to the performance as we were with other avid, theatre-lovers who threw themselves into the inclusive and joyful performance – it made us feel transported back to Shakespearean times. It was an unmissable event celebrating theatre and, in true Shakespeare style, left us all with smiles on our faces.